Sell Your House Fast In Orleans!

No Fees. No Commissions. Put More Cash In Your Pocket.

You’ll Get A Fair Offer – You Choose The Closing Date.
We Pay All Costs!

Fill out the short form…

“I Need To Sell My House Fast In Orleans!”

We Buy Houses Anywhere In Orleans And Other Parts of ON, And At Any Price. Check Out How Our Process Works. We’re Ready To Give You A Fair Offer For Your House.

If you want to sell your Orleans house… we’re ready to give you a fair all-cash offer.

Stop the frustration of your unwanted property. Let us buy your Orleans house now, regardless of condition.

Facing divorce? Moving? Upside down on your mortgage? Liens? It doesn’t matter whether you live in it, you’re renting it out, it’s vacant, or not even habitable. We help owners who have inherited an unwanted property, own a vacant house, are behind on payments, owe liens, downsized and can’t sell… even if the house needs repairs that you can’t pay for… and yes, even if the house is fire damaged or has bad rental tenants.

Basically, if you have a property and need to sell it… we’d like to make you a fair cash offer and close on it when you’re ready to sell.

Do You Need To Sell Your House in Orleans?

Even if an agent can’t sell your house, we can help. (Sometimes selling a house through a real estate agent is not for everyone.)

And as a bonus… 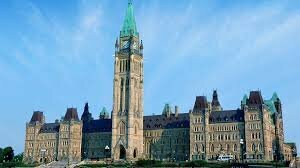 We’ll know very quickly if we can help you, and unlike selling through an agent, you don’t have to wait to see if the buyer can get financing… we’re ready to buy right now!

All that hassle can add stress, months to the process, and in the end after paying the agent’s expensive fees, you may or may not be ahead of the game.

We work differently at HappyDoor. When you contact us and submit the short property information form (below), we’ll give you a fair all-cash offer on your house within 24 hours… and the best part is: we can close whenever YOU choose to close – it’s entirely up to you. It doesn’t matter what condition the house is in, or even if there are tenants in there that you can’t get rid of… don’t worry about it. We’ll take care of it for you. And if you need the cash quickly, we can close in as little as 7 days because we buy houses with cash and don’t have to rely on traditional bank financing. (Go here to learn about our process →)

Unlike other house buyers, we will work WITH you to come up with a creative solutions to solve your unique problem- that’s our specialty. We will listen to any concerns you may have, and arrive at a resolution that helps you move forward with your life.

Our goal is to help make your life easier and get you out from under the property that’s stressing you out… while still paying a fast, fair, and honest price for your house.

We help property owners just like you, in all kinds of situations. From divorce, foreclosure, death of a family member, burdensome rental property, and all kinds of other situations. We buy houses in Ontario… including Orleans and all surrounding areas and pay a fair cash price, fast! Sometimes, those who own property simply have lives that are too busy to take the time to do all of things that typically need to be done to prepare a house to sell on the market… if that describes you, just let us know about the property you’d like to be rid of and sell your house fast for cash./strong>.

We buy houses in Orleans , and all surrounding areas. If you need to sell your house fast in Orleans , connect with us… we’d love to make you a fair no-obligation no-hassle offer. Take it or leave it. You’ve got nothing to lose 🙂 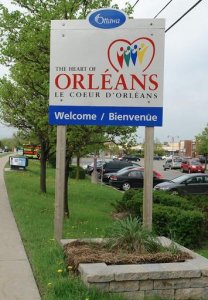 Orleans, officially Orléans, is a suburb of Ottawa, Ontario. It is located in the eastern part of the city along the Ottawa River, about 16 km (10 mi) from Downtown Ottawa. The Canada 2016 Census determined that Orleans’ population was 116,688. Prior to being amalgamated into Ottawa in 2001, the community of Orleans was spread over two municipal jurisdictions, the eastern portion being in the pre-amalgamation City of Cumberland, the western portion in the City of Gloucester. According to the 2016 census, 69,178 people lived in the Cumberland portion of Orleans, while 47,510 people lived in the Gloucester portion. Today, Orleans spans the municipal wards of Orléans, Innes, and Cumberland. Orleans contains a significant francophone minority, although this has been declining in recent decades.

Listing vs. Selling To Us

Which route is quicker?
Puts more cash in your pocket?
Has less hassle?

See What Customers are Saying About Us:

Ottawa, ON.
“I assisted my sister with the sale of her home. She was looking for a quick sale without having to prep her home and put it on the market. From start to finish, Olivia was very professional, informative, courteous and compassionate and walked us through the process. It was a pleasure working with her.”
“I wouldn’t hesitate to recommend Olivia to friends and family! Thanks so much Olivia!”

Ottawa, ON.
“I was looking to sell my home quickly and not have to do things like repairs to put it on the market. Luckily, I was put in touch with Olivia at Happy Door Inc. Olivia was great to work with. She was very helpful and friendly and responded quickly to any questions I had.”
“If you’re looking for a quick no hassle way to sell your home, consider contacting HappyDoorInc. Thanks Olivia!”

Ottawa, ON.
“If you need to sell quick, you probably know you will take a discount on your house. But knowing that I think the price was fair, and the transaction was seamless.”
“Communication the whole way was excellent”

Ottawa, ON.
“We are real estate investors ourselves and wanted to have a quiet sale of a house we had that was tenant occupied. Brad gave us a very fair price, we came to terms and he closed in less than 30 days during a pandemic”
“He says what he will do and act professionally.”

Ottawa, ON.
“They gave me an offer within a few hours of submitting a form on their site. The price was more than I expected, and I chose a closing date within the same month.”
“They also paid the lawyer’s fees which I appreciated! Thank you!.”