We buy houses in Weston as-is.

Get a no-obligation cash offer for your house in Weston. We buy as-is, for the highest off-market price. Skip the repairs, avoid showings, and move on your timeline. Get a $10,000 cash advance before closing. 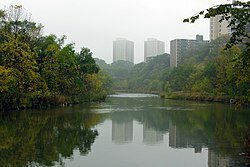 Weston is a neighbourhood and former village in Toronto, Ontario, Canada. The neighbourhood is situated in the northwest of the city, south of Highway 401, east of the Humber River, north of Eglinton Avenue, and west of Jane Street. Weston Road just north of Lawrence Avenue is the commercial core of Weston, with many small businesses and services. Weston was incorporated as a village in the 19th century and was absorbed into the Borough of York in the late 1960s. York itself was amalgamated into Toronto in 1998.