We buy houses in Silverthorn as-is.

Get a no-obligation cash offer for your house in Silverthorn. We buy as-is, for the highest off-market price. Skip the repairs, avoid showings, and move on your timeline. Get a $10,000 cash advance before closing. 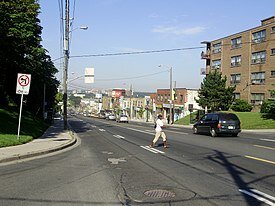 Silverthorn, often misspelled as Silverthorne, is a neighbourhood in Toronto, Ontario, Canada. It was part of the former City of York before the amalgamation of Toronto in 1998. The approximate boundaries are the GO Transit Barrie line railway tracks to the east, Black Creek Drive and the CP railway line to the west and the former boundaries of the City of York to the north and south. The neighbourhood west of Black Creek Drive is known as Keelesdale. For demographic purposes, the city breaks the area down into two neighbourhoods Keelesdale-Eglinton West, south of Eglinton, and Beechborough-Greenbrook north of Eglinton.