Get a no-obligation cash offer for your house in Playter Estates. We buy as-is, for the highest off-market price. Skip the repairs, avoid showings, and move on your timeline. Get a $10,000 cash advance before closing. 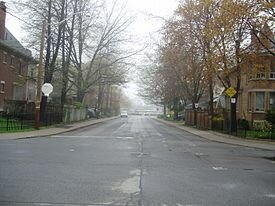 Playter Estates is an area in the east end of Toronto, Ontario, Canada bounded by Jackman Avenue to the east, the Don River Valley to the west, Danforth Avenue in the south, and Fulton Avenue in the north. The neighbourhood is built on land once owned by the Playter family for whom two streets in the area are named. The old farmhouse of the Playter household at 28 Playter Crescent is now the Playter Mansion, which is often used for various films, television shows, and commercials.