We buy houses in Milliken as-is.

Get a no-obligation cash offer for your house in Milliken. We buy as-is, for the highest off-market price. Skip the repairs, avoid showings, and move on your timeline. Get a $10,000 cash advance before closing. 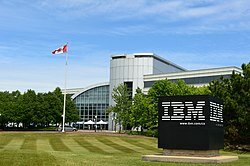 Milliken and Milliken Mills are neighbourhoods in the cities of Toronto and Markham. Milliken is situated in the north west section of Scarborough, whereas Milliken Mills is situated in the south-central portions of Markham. The neighbourhoods are centered on Kennedy Road and Steeles Avenue, the latter street serving as the boundary between the cities of Markham and Toronto. A huge percentage of people own their homes, which are primarily single detached homes. As the homes were built when the farming left (1980s) there are many two storied houses with garage, typical of the time of building and affordability.