Get a no-obligation cash offer for your house in Casa Loma. We buy as-is, for the highest off-market price. Skip the repairs, avoid showings, and move on your timeline. Get a $10,000 cash advance before closing. 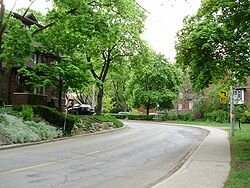 Casa Loma is a neighbourhood in the city of Toronto in Ontario, Canada, and is named after the famous castle. It is bounded on the north by St. Clair Avenue West, on the east by Spadina Road, on the south by the CP railway tracks, and on the west by Bathurst Street. Transit access is provided by the TTC’s St. Clair West station and 512 St. Clair streetcar route.