Get a no-obligation cash offer for your house in Broadview North. We buy as-is, for the highest off-market price. Skip the repairs, avoid showings, and move on your timeline. Get a $10,000 cash advance before closing. 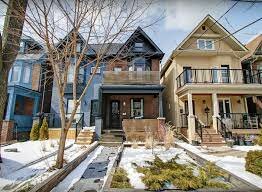 Broadview North is a neighbourhood at the western end of Old East York bordered by Pape Avenue to the East, Chesterhill and Fulton to the South and the DVP to the west and north. The area is dominated by renters and high rise buildings. There are numerous low income buildings in the area, however, renting (at over 70%) is certainly the norm in this area. However at the very north the area contains many bungalows, many of which are being redone into 2-storey houses because of the decent area and the considerably low housing price. The area has significant Greek and Serbian populations.