Get a no-obligation cash offer for your house in Hunt Club. We buy as-is, for the highest off-market price. Skip the repairs, avoid showings, and move on your timeline. Get a $10,000 cash advance before closing. 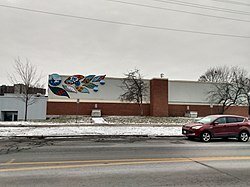 Hunt Club is a community in River Ward, in the south end of Ottawa, Ontario, Canada. The area is named after the prestigious Ottawa Hunt and Golf Club, which has been part of the area since 1876. Hunt Club Road and many local businesses were also named after the golf course. Hunt Club is located just north of the Ottawa Macdonald–Cartier International Airport and to the east of the Rideau River. The Hunt Club Community Organization defines the boundaries as the Rideau River to the west, the Airport Parkway to the east, the CN Albion line and Via Rail Beachburg Subdivision to the north and Hunt Club Road to the south. The population of the area is 12,264 (2016 Canada Census).